When I said in a recent blog that Steve Riskus’ Pentagon 9-11 “strike” photographs weren’t posted online in a timely enough fashion to be credible as evidence, I generated a response from a certain online persona named xjacktarx, who posted on the Riskus message board,

"That guy says you waited months to make those photos public, but didn’t you post them on pr.n or pf.c or whatever it was on the actual day of the attacks?”

If I had only read that message board first, a discussion of the work of Gerard Holmgren and Dick Eastman, it would have spared me my mistake. Not only was the Riskus series posted online September 11, winding up on a website launched only the day before, but the posting was up within an hour, which is quick editing, even for a task force. This would confirm my belief that in the five relevant Riskus pictures (eight others are meaningless, pointless contextual poppycock,) the foregrounds were staged and photographed in advance and married to the background scenes of a burning Pentagon within the hour. Such doctoring is common throughout all the meaningful work of every photographer who took pictures that day at the Pentagon.

I dug a little in the Internet archive known as The Wayback Machine, and came upon the Critical Thrash Index of Terror, a synopsis of the web site’s history. After posting his pictures on September 11, 2001, Riskus updated the site on March 11, 2002 with the addition of thumbnails, probably as an enticement for those with slower computers who were having a hard time uploading such large photo files. Lastly, on January 6, 2003 he created the page as we see it today, an existential blank slate, without context or linkage, but with an overkill of contact information as compensation.

His JPEG’s are numbered 11 through 26, so first, we can wonder what became of images one through ten? And since his current website displays 13, not 15, we cull to find two missing images, numbers 16 and 21, and how such things can be indexed and be missing from the archive taxes my computer organizational skills completely. Additionally, we find two images, numbers 12 and 14 that were thoughtfully relinquished from the current web page—shots of the Riskus arm, 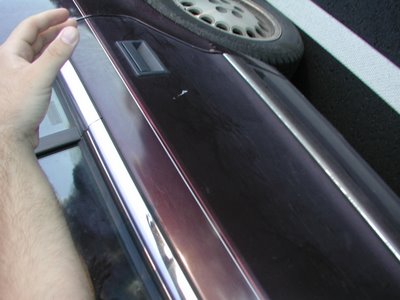 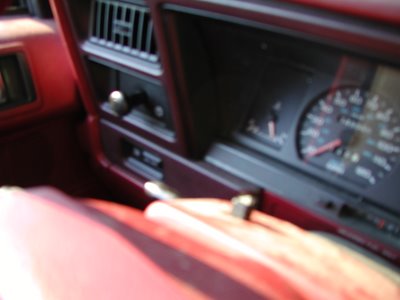 These were probably originally intended as tributes to the authenticity Gods but were misunderstood as burnt offerings in the temple of Skepticism and Cynicism, thus fell out of favor. As is typical of all the Pentagon photographs, the least amount of information conveyed is the clear intent—here, atypically, by a lack of camera focus, not that knowledge of a Burgundy Impala's mileage would be empowering to anyone.

The great discovery of the index is the unveiling of Riskus’ role in the authoring and disseminating to the web on March 27, 2002, of

“A list of witness at or near to the Pentagon, September 11th, 2001 collated from reports to be found online,”

a document I first linked to from an article published in the National Review on April 9, 2002, by the conservative columnist, James S. Robbins, called, 9/11 Denial, an attack on Thierry Meyssan's book, “L'Effroyable Imposture,” the earliest book published to question the Pentagon story. In the article, Robbins lays claim to being an eyewitness himself, although he links to an eyewitness list, which doesn’t have his name on it. No authorship is claimed for the list, but internal evidence suggests guilt by association with Robbins. For instance, the entry for Alfred S. Regnery, "president and publisher of Regnery Publishing, Inc., a sister company of Human Events,” is definitely TMI. A clue to a Riskus’ role is in a truncated quote given for Mike Walter, the USAToday reporter who was one of the many Gannett employees who saw a ferreting American Airlines 757 jetliner burrow in sideways to the Pentagon. Walter's quoted, "I was sitting in the northbound on 27 and the traffic was, you know, typical rush-hour--it had ground to a standstill. I looked out my window and I saw this plane, this jet, an American Airlines jet, coming. And I thought, ‘This doesn't add up, it's really low.’ And I saw it. I mean it was like a cruise missile with wings. It went right there and slammed right into the Pentagon."

Left out, his CNN quote continues, "Huge explosion, great ball of fire, smoke started billowing out. And then it was chaos on the highway as people tried to either move around the traffic and go down, either forward or backward. We had a lady in front of me, who was backing up and screaming, 'Everybody go back, go back, they've hit the Pentagon.' It was just sheer terror." Was that left out on purpose because it conflicted with the visual evidence of detachment and calm that permeates his shot? And why by the way, did Daryl Donley get the only early fireball shots and the big Life bucks? Riskus was there and he didn’t need to compose himself, the cool dude. 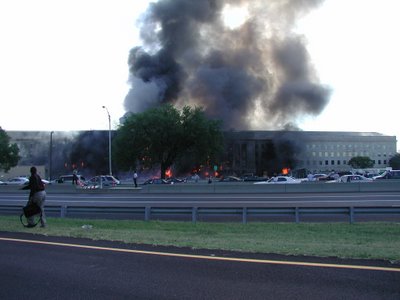 The website which is his cover story, doesn’t even link to his terror page. All in all, it is a weird level of participation in these matters.

Before there was criticalthrash.com there was youthenrage.com where somebody by the name of Dave Hackett had a slogan Youth Enraged For All My Life. When you clicked on his picture you read, "There is nothing here yet. Hopefully soon I will be obtaining a digital camera and a new domain name for this site. I plan on making this site a place for midatlantic pool and ditch skaters. I want this to be a network of all the skate spots around. Eventually I will be putting up a messageboard so people can post the places they skate. I will also put up a gallery and a listing of wide decks and crap like that. If you have any suggestions or anything like that email me." So what happened Dave? You don't have to be indeterminate any longer.
Posted by StevenWarRan at Tuesday, November 14, 2006