The following official FEMA photographs make plain the fact that shaped-charge explosives were used to assist in bringing down the tiny flap of Pentagon E-ring, which fell on September 11th, 2001. 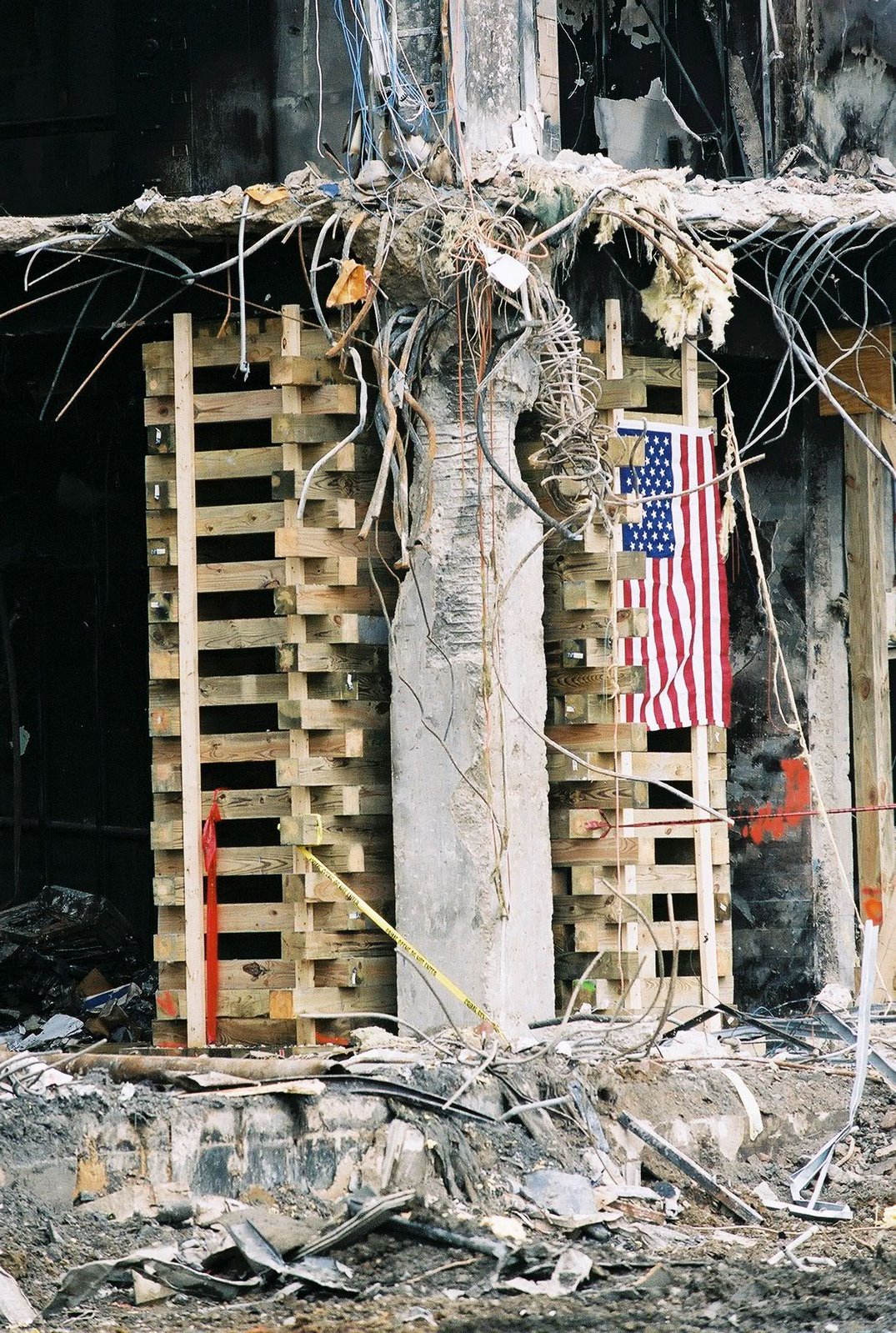 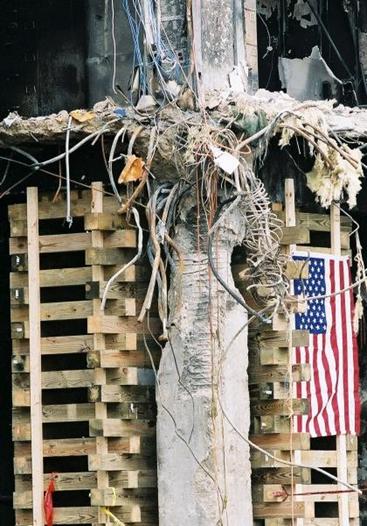 The "scouring effect," which completely encircles the column top here is evidence of a shaped munition and not the result of blunt force trauma or fire from an airplane crash. 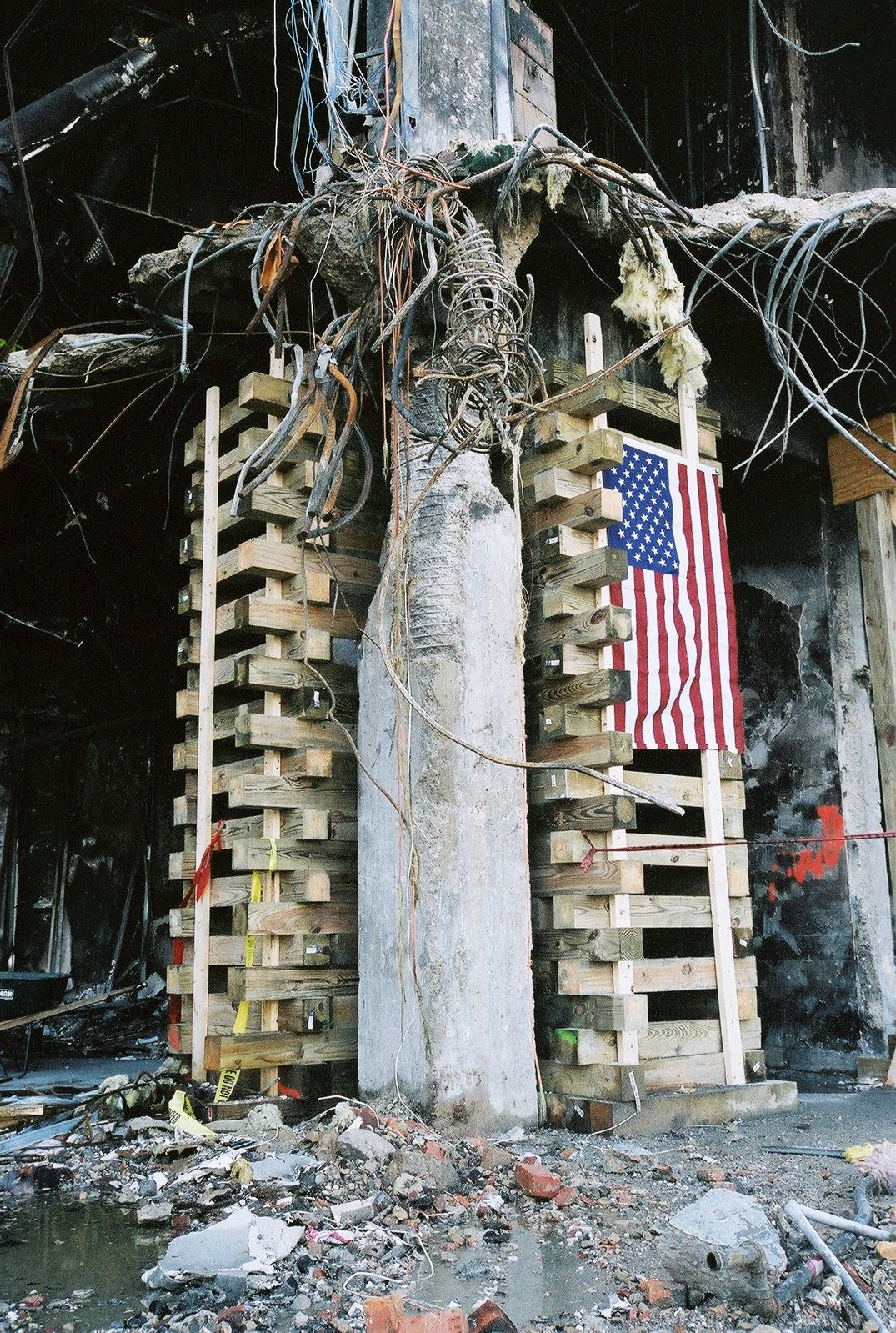 When a column is blasted in the opposite direction from that of the force applied against it, it must be because of the "boomerang" effect in concrete,known only to some physicists. 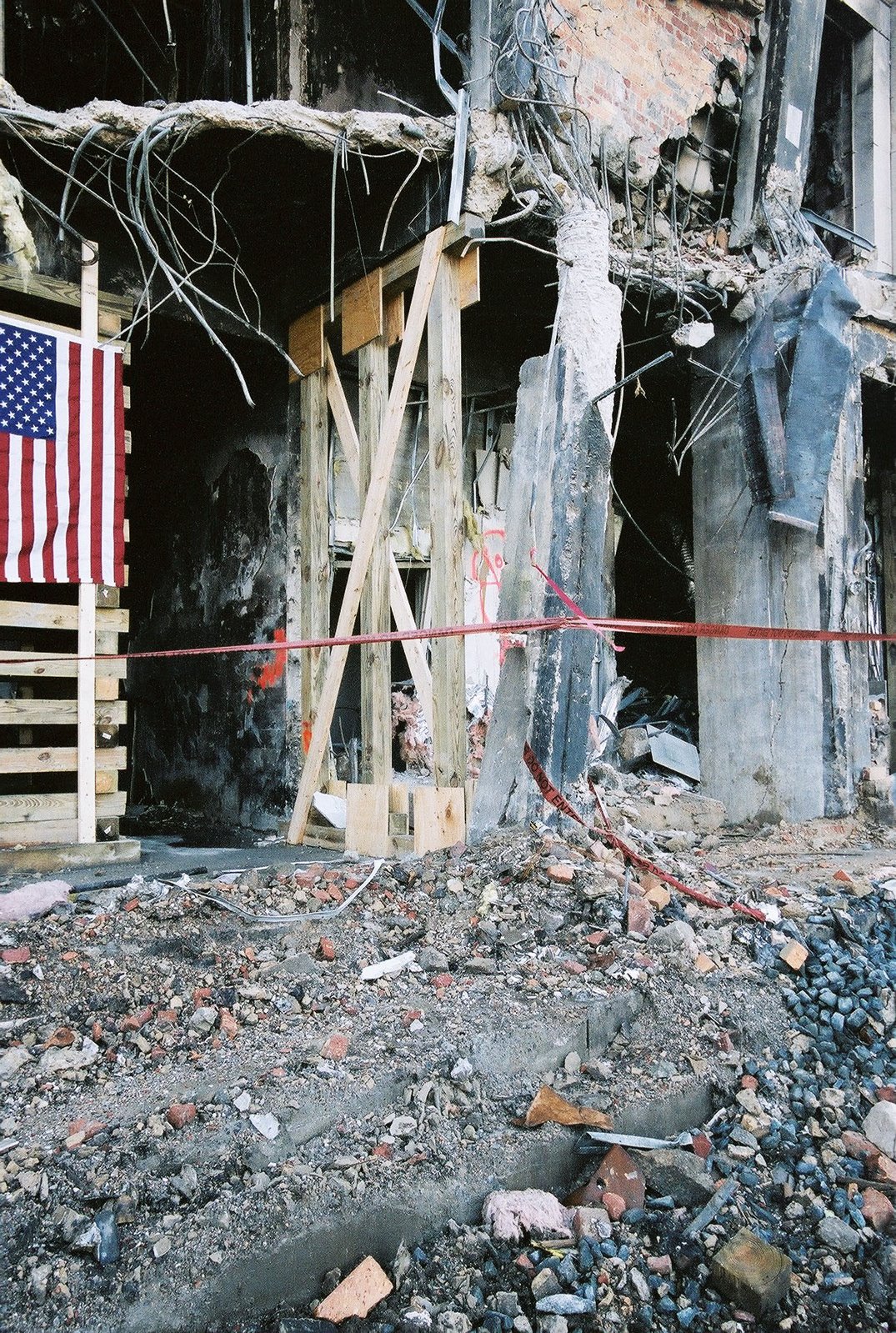 The way Column 19-A is deflected outward and to the left, is representative of a force working in the opposite direction of the putative aircraft path into the building. 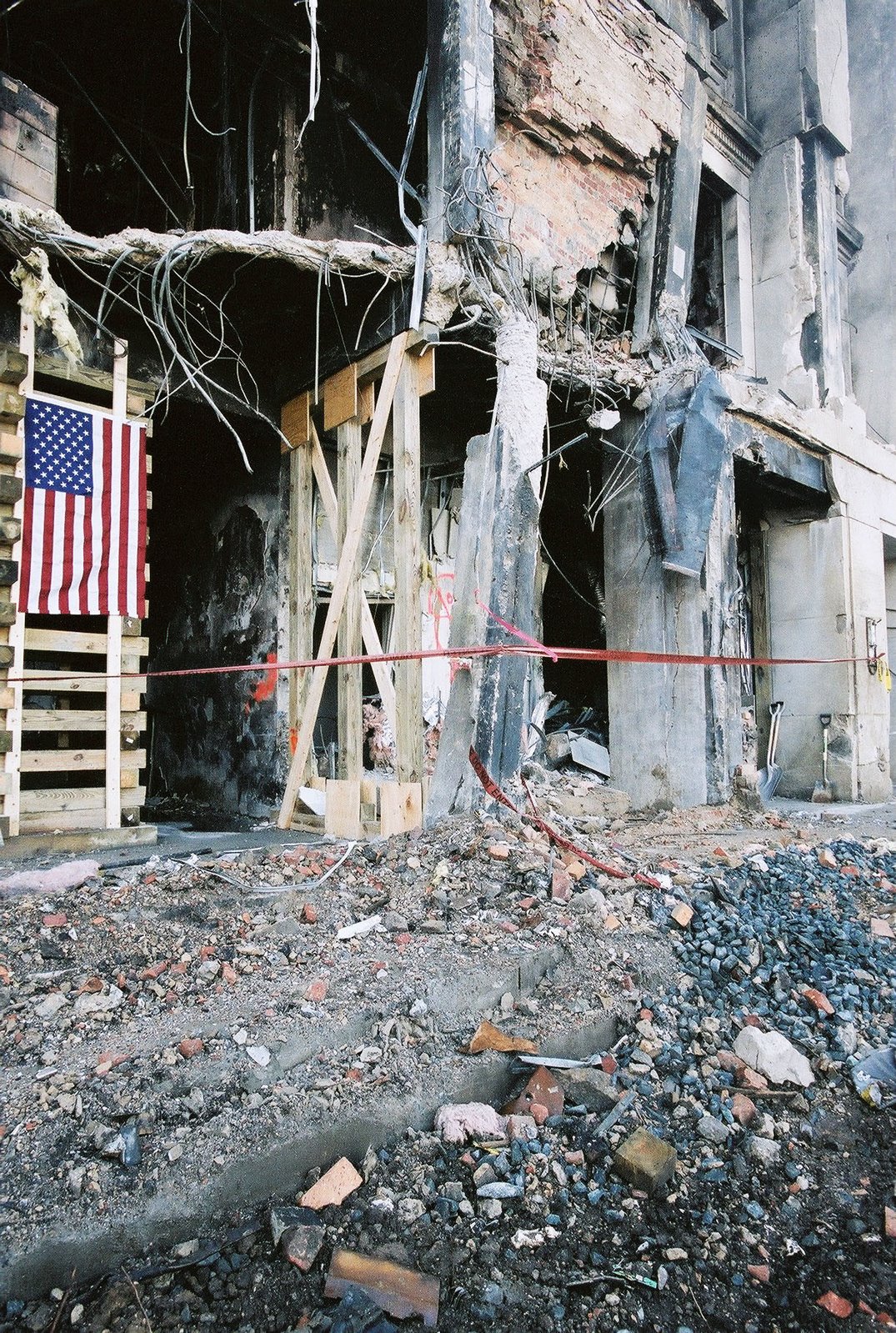 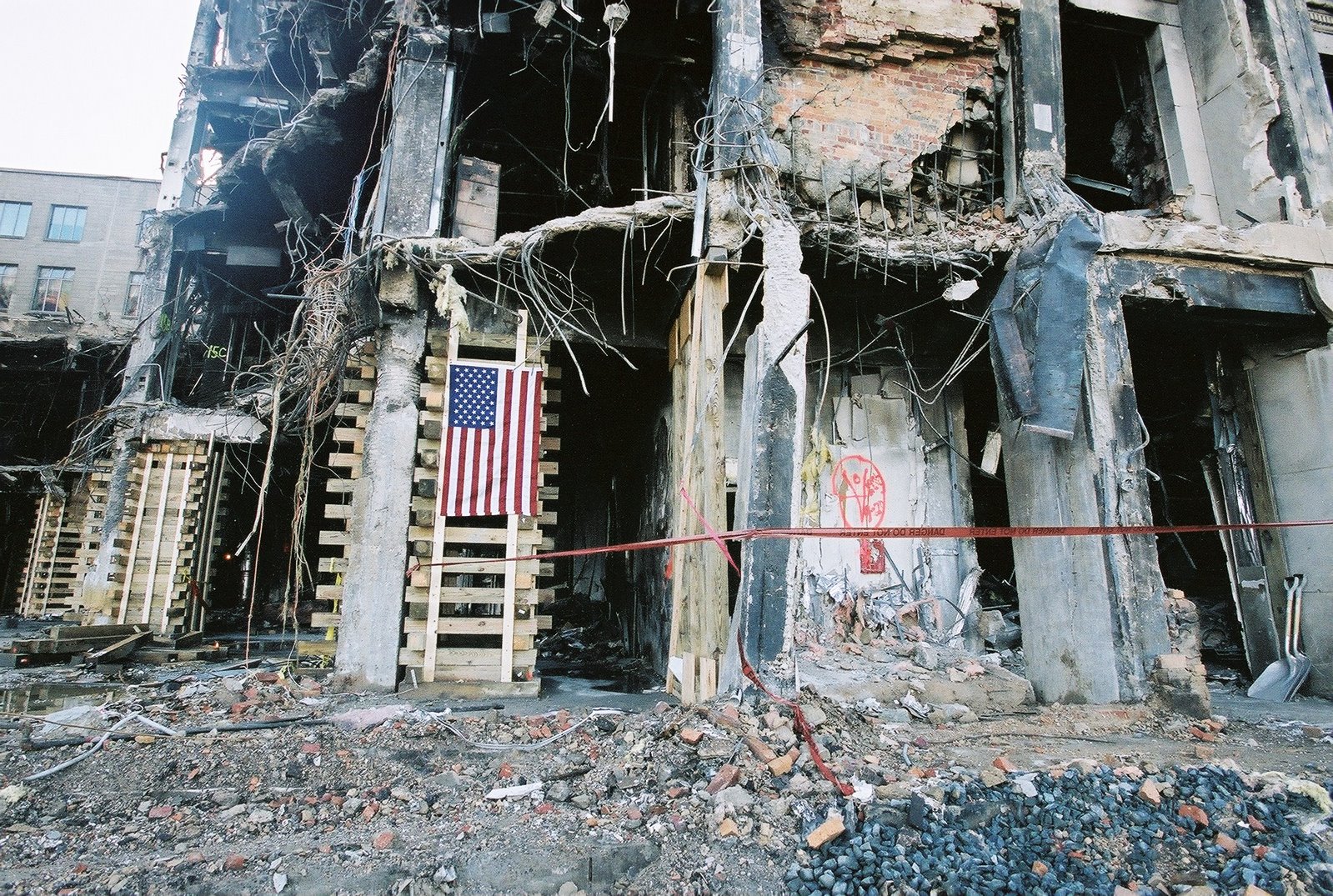 Then, when a blunt force from an airplane crash is applied in a vertical series to only the tops of concrete columns, physicists call this the "stacked effect. 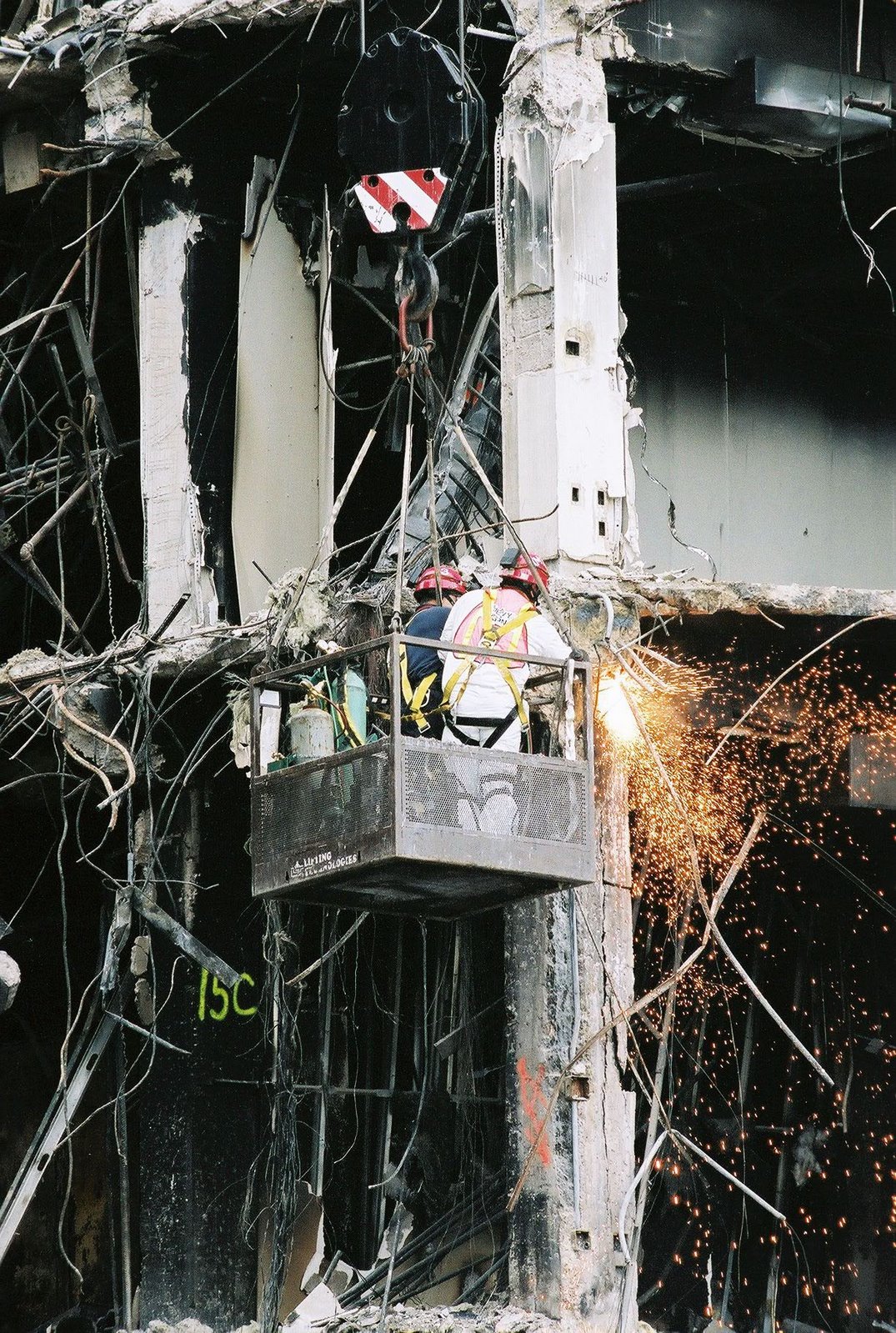 But stop and look at the damage above the top of the 3rd-story column where the men are working. Look at the electrical outlets and switches. This is supposedly newly renovated space? 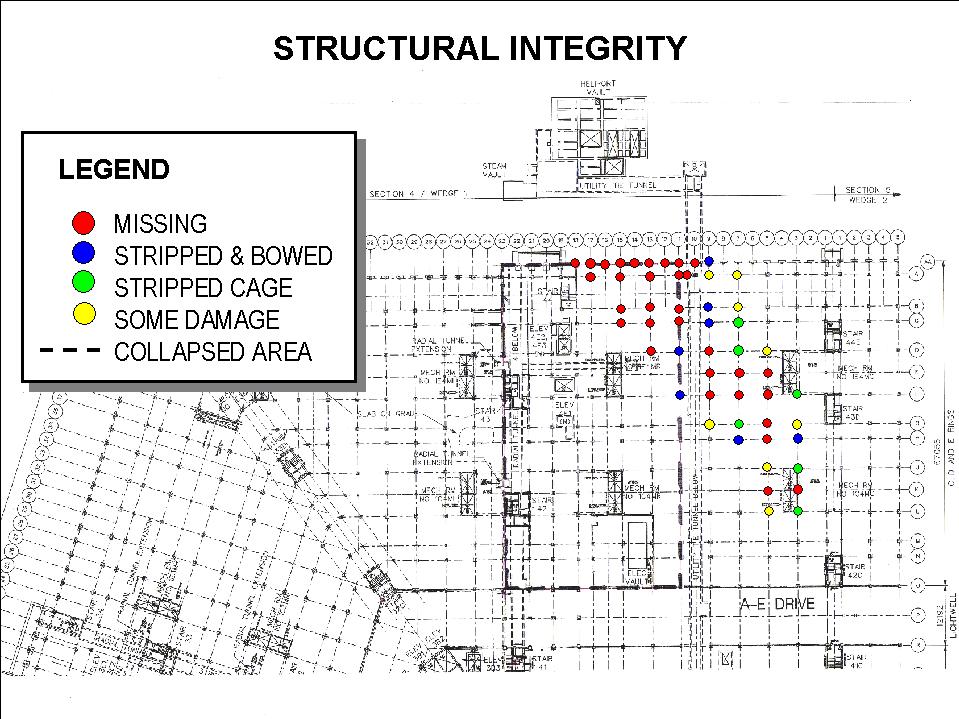 Not only does the above diagram overstate the "Collapsed Area" by many magnitudes, it also wrongly indicates that column 15-B and 15-C are "Missing."

This is the way the crime scene was cleansed in advance of the volunteer engineer's arrival to study the event. 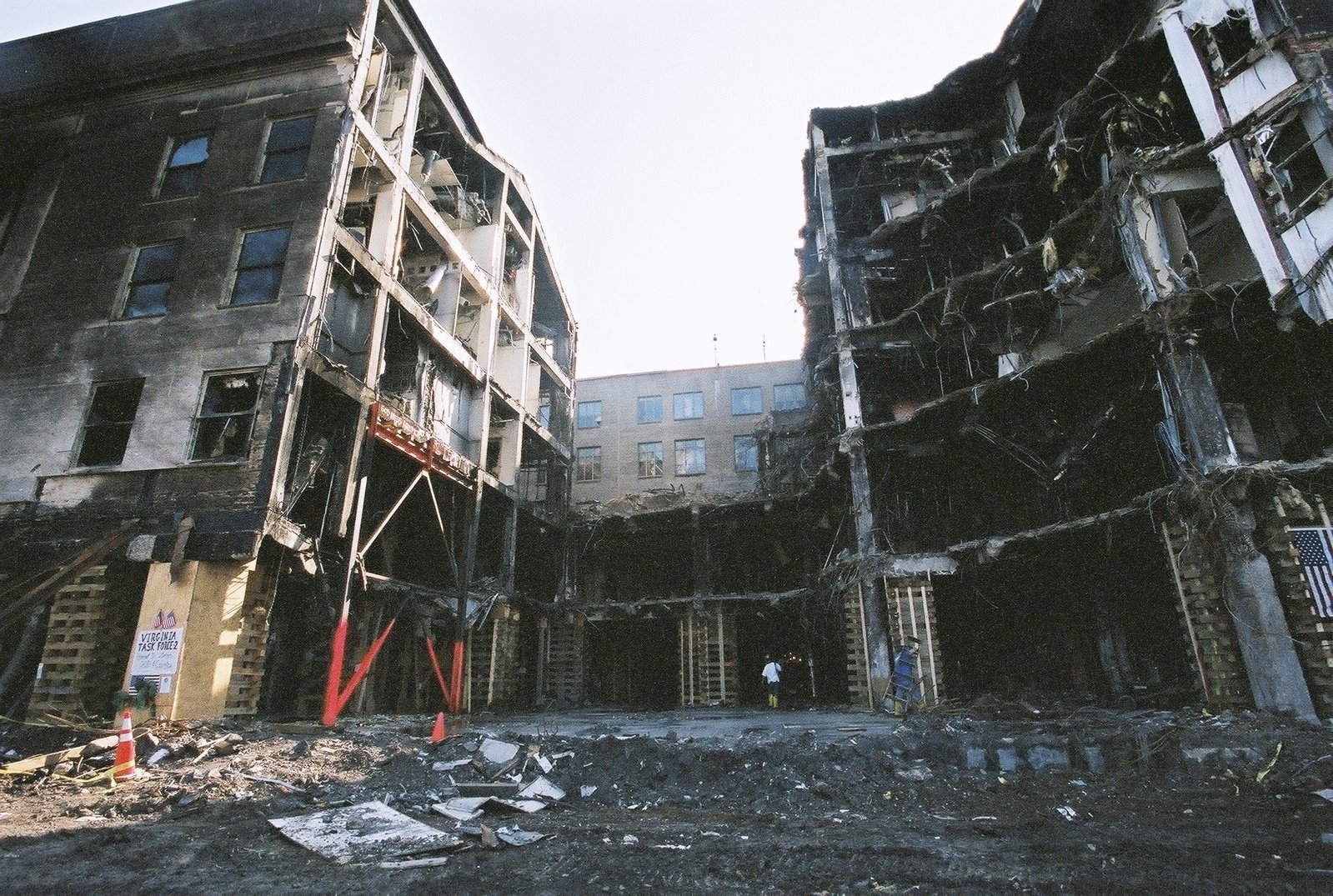