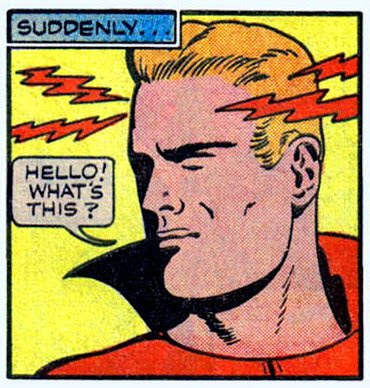 Poor little Howard Lutnick. Such a heavy PR load he has to carry. I thought I'd Google his brother Gary's name in quotation marks to see if he was picking up any of the slack.

Howard couldn't give an interview for months without mentioning at least two talking points: 1) he took his son to his first day of school, and 2) he lost his brother Gary in the Towers that morning. If there was time he would mention Cuba, pardon me, Calvin Gooding, and his "best friend," Doug Gardner. The basketball court and the Integrated Athletic Center. 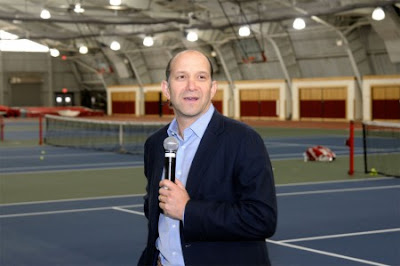 We hear the name Gary Lutnick mentioned hundreds of times, but we never learn anything about the young martyr. Other than a brief New York Times profile of Gary, which isn't developed much beyond toys, video games and jet skis, it's almost as if Gary Lutnick didn't really exist---as though he were a phantom.

But look---he had a girlfriend. On October 29, 2001, she's interviewed on Larry King Live, where she plays his last telephone message to her, left as he's supposedly roasting to death on the 105th floor of the North tower. She's the last of eleven guests on that evening's show. Oh my. She does have a haughty tone. Works for the Duchess of York's personal charity, we are told. Would that be Weight Watchers by any chance dear?

One blind date, "and it was, I think, fate, because there was a horrible snowstorm and Gary got snowed in for three days. So we had a long first date, and it got very serious very quickly. .." Nice. Very nice.

Snow storm in New England. But then Larry King goes and spoils the archetype with a non sequitur


KING: "So serious that you were converting to Judaism, right?"

What, Larry! Was Gary whacked with a shofar?

But the young lady, Ann de Sollar, flies off to Hawaii for some in-depth work on her inner shiksa, to attend a Tony Robbins seminar, "and Tony said something to the whole audience [oh! I was so embarrassed!] -- it wasn't just to me. But he said, "you cannot dance in the present if you're carrying around a ball and chain from the past." And it clicked.

Wow. An eureka moment for sure. 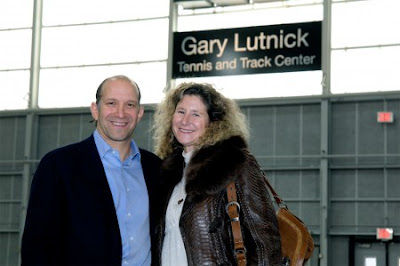 But you lying, thieving lizard-livered, malicious misfits: Ann de Sollar has only six Google Entries! NOTHING BEYOND THE LARRY KING INTERVIEW! SHE IS A MADE_UP CODE: ANN OF THE DOLLARS!

Ann of the dollars. There. I hope you're happy. Whore ass man. 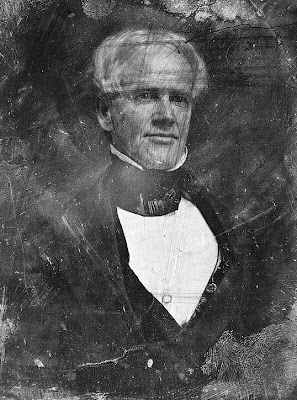 And we can know where the Duchess of York connection comes from. Did Sarah provide the bona fides to pass muster with the CNN producers? Larry King was obviously briefed. So who's going to take the fall for this one? The Media or the Duchess, I wonder?

SARAH FERGUSON ATTENDS CANCER RESEARCH BENEFIT HONORING HOWARD LUTNICK- New York Post 74.125.47.132/search?q=cache:c6IGnw9CzOoJ:www.n...
October 24, 2008 --WHEN ever-loyal Sarah Ferguson heard Denise Rich was honoring Cantor Fitzgerald CEO Howard Lutnick at her cancer research fund-raiser, the former Duchess of York jetted over from London. It seems Lutnick and his wife, Allison, once gave office space to the frisky redhead when her marriage to Prince Andrew went bad, helping her back on her feet. Lutnick has raised $180 million for survivors of Cantor employers killed on 9/11. Actor Evan Handler - who says he's best known as "the bald-headed Jewish lawyer on 'Sex and the City' " - told the crowd about his bone narrow transplant after a leukemia diagnosis in 1985. "What doesn't kill you," he joked, "screws you up for a really long time." Helping raise $1.7 million for Gabrielle's Angel Foundation were jeweler Lorraine Schwartz, Eric and Kimberly Guilfoyle Villency, plus Patti LaBelle and Gladys Knight, who rattled the rafters at Cipriani Wall Street.
Posted by StevenWarRan at Wednesday, July 29, 2009