According to the Jonestown conspiracy theory Wikipedia page,


On September 27, 1980, a column by investigative reporter Jack Anderson was published under the title "CIA Involved In Jonestown Massacre."[10]

Without counting to see if all 782 words are present, here, finally, is the oft-referenced column: 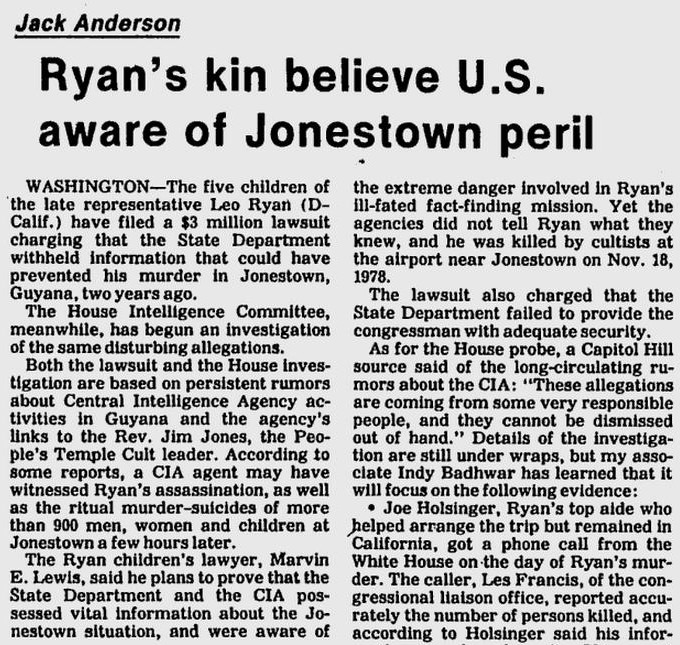 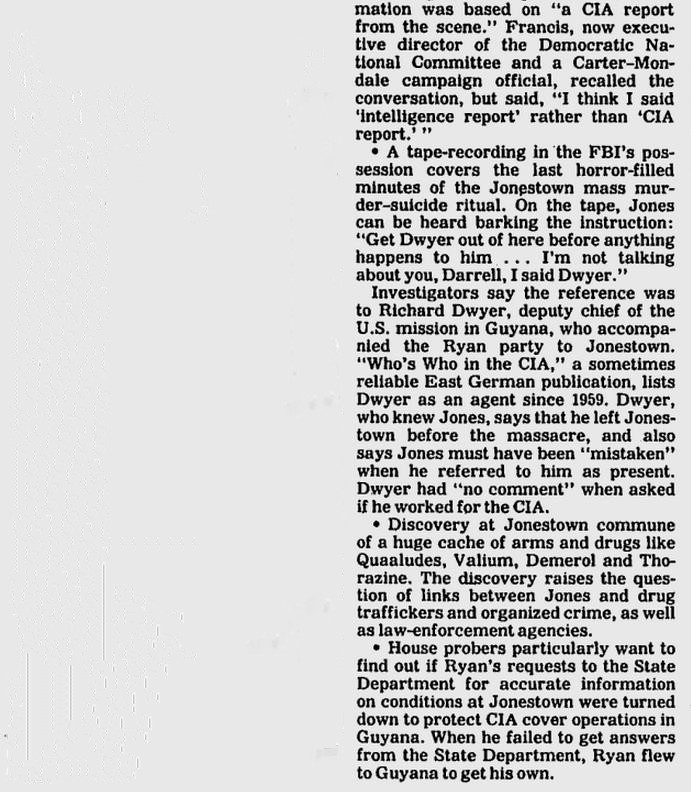 When Rep. Leo Ryan confronted the Rev. Jim Jones in Guyana, the California congressman had notes with him about the cult leader's 1973 arrest in Los Angeles for lewd conduct.