Andrew Garcia, one of the victims of Flight 93, the hero's flight, always struck me as odd or unexplained. My fascination began with the first paragraph of the successful, 62-year-old's obituary

"It wasn't unusual for Dorothy Garcia to answer the phone and be confronted by a strange voice she didn't recognize. Time and again, it turned out to be her husband, Andrew, disguising himself. Invariably, even after 32 years of marriage, she fell for it."

This struck a silent chord in me. Flight 93 should have been called the voice-mimicry flight for all the narrative hero-myth seeds planted by Airphone that day. America went off to war on a sea of "Let's Roll" tattoos, nose art, bomb notes and aircraft-carrier-deckhand synchronized spelling bees. (Bush's Bring It On was Moral Majority cowboy code from Pat Robertson--don't confuse the Latin with the Greek.) The "they fought back--now it's our turn," signs went up like mushrooms after the rain on 9-12. Even the P-FLAG offspring got in on the act, with rugby instead of soccer their true sin--one of marketing. Even with the meme bar set high, widow Dorothy hurdled with ease, reprising the old standard, gold-wedding-band-back-from-hell, routine, to join the crowded ranks as yet another Christian motivational speaker with some shelf life and a great punch line. 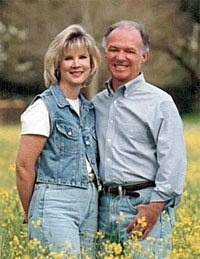 Several factors lead me to believe Garcia was C.I.A. and his shop was cover.

First, what family business takes a redaction, followed by the word, Group as its name?What devote Christian would name his "business Cinco Group, using Cinco as an acronym for Christ in Company," as reported in the New York Times, when Cin is pronounced Sin, unless by mimicry, he means something else?
Isn't CINCO more likely to be born from the Collaborative and Interoperable Computing research area? Saying "industrial products business" is almost advertising the real work of "high-explosives delivery systems and the software they love too much." From now on anyone fit and trim is suspect of covert activity in my book. You want to go undercover? Grow a paunch. No raping the world without consequence and then feeling good about it afterward while you blow smoke rings with your Gauloise, thinking, "I be the man!" 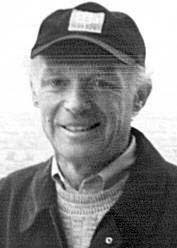 I hope the secularists among us heed the wake up call (can you say Kagawa little boy?) Given the speed of technological advancement--wasn't voice-recognition the hot thing before 9-11?--what fresh hell will we have to contend with next, pray tell? Pat Robertson says the Lord told him a big American city will go this year, sometime around September he thinks, but the Lord wasn't clear on the date. The casualties will be in the millions. The morality of our so-called Christian nation is too poor to sustain and protect both us and, say, the Iraqi toddlers. It's the innocent American unborn babies, and the frozen wanna-be's, whose voices cry out in the desert. Help! 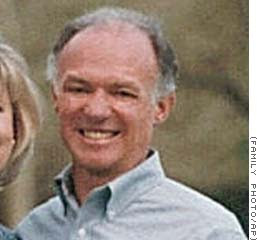 "Many of the passengers were also devout Christians."
"Andrew Garcia named his industrial-products business Cinco Group, using Cinco as an acronym for Christ in Company." The Fourth Target By M. G. LORD New York Times, September 8, 2002

Andrew Garcia of Portola Valley was a businessman by trade, but whose real passion was his family. As the owner of an industrial products company, he frequented the East coast for business meetings and so it was the day before he boarded the ill fated United Airline Flight 93 on September 11th. According to his Son, he was a man of values, always inquiring as to the welfare of others. Christian Talk Radio 740am

1961 you went to work for United Airlines as purchasing manager for a short stay,
Dorothy worked as a secretary downstairs and what a great team you two became.
In time you left the airlines with Dorothy, founding Cinco Group without delay.
You were true Soul mates as well as best friends without question or say.
A prankster with Dorothy and with your many friends of an array,
You would call her and disguise your voice but it was all in fun and play.
You were a Christian man who humbly bowed your head to pray.
Your concern for others can and will never be outweighed.